A FANTASTIC REVIEW FROM THE GUERNSEY PRESS

Le Friquet Hotel’s Lobster and Grill offers a sumptuous choice of dishes – and some unusual twists on traditional favourites – that results in serious plate envy for Mark Ogier as he and fellow diners sample what’s on offer.

The increasingly inaccurately named ‘Tennerfest’ has become something of a local institution since its inception, even if these days it’s more of a ‘Fifteenfest’ or a ‘Twentyfest’.

The Lobster and Grill at Le Friquet Hotel was eager for us to try its offering for the festival this year and I had no trouble finding two friends who were up for the task.

On arrival we were shown to the comfortable lounge area to enjoy a predinner drink, accompanied by the first of the evening’s unusual takes on food. While a bowl of olives ahead of dinner is nothing new, I’ve never before seen it accompanied by a serving of salted popcorn.

The large green olives were lovely and meaty with a garlicky edge, and smaller black ones were also provided. The popcorn turned out to complement the fruit beautifully – something I will remember the next time I’m watching a movie at home.

Our table was in a section of the restaurant that I don’t think existed before its refurbishment, the other side of what I suspect were once windows or doors in a granite wall.

The whole place has become something much more special than it once was, with sections of bark, wood features and friezes augmented by touches that make it feel both natural and modern.We may have been there to try this year’s Tennerfest selection, but given where we were it came as no surprise to find that lobster featured even in this menu, although there is a small supplement if you want to have lobster thermidor as your main course.

My friend Dave earned himself the nickname Lobster Man for the evening by deciding to treat himself to thermidor, as well as starting with the unusual dish, lobster, mac and cheese. Restaurant manager Jimmy revealed that this dish was his own creation and he was inspired to put it together to encourage some friends to try something a bit out of the ordinary but not give up one of their staples, macaroni and cheese.

He said he’d had a bit of a job getting it on the menu, but it had proven a success, and this was borne out by Dave’s comment on his first mouthful: ‘That’s really good – really rich and creamy. Not overly fishy. The fishy flavour is quite subtle. Breathtakingly impressive as a Tennerfest course.’

It sounded like a unique combination to me, but Dave revealed that he had come across this dish before but pronounced this one as being far superior. The rather more traditional tomato soup was chosen to begin by the other member of our dining trio, Mark.

He said it had a lovely strong flavour that put him in mind of sun-dried tomatoes and it was neither too sweet nor too creamy. My starter was the intriguing sounding teriyaki pulled pork bonbons with wholegrain mustard and apple sauce.

These golfball-sized balls of pork came in breadcrumbs with a few tangy cherry tomatoes and a lovely sauce. The pork was tender and I loved the texture of the combination of the breadcrumbs and the meat.

The measure of a good starter is that you wished you had more of it, and all three of us agreed that we could happily have had a second helping – but given the quality of this course, we wouldn’t want to spoil what was to follow.

As an aside, another feature of the Lobster and Grill’s Tennerfest menu is that they have added a red and a white wine too, for £15 each.

There was an SSW merlot or sauvignon blanc on offer, and we opted for the red – a smooth offering that was not too fruity and went down well with all of us, even those who had fish.

Dave’s lobster thermidor arrived looking amazing and smelling wonderful, and I felt a pang of envy as he excitedly tucked in. My desire for his dinner wasn’t helped by his declaring it ‘spectacular’ after one mouthful.

The shellfish was paired with boiled new potatoes and a salad, making sure the flavoursome sauce and the lobster was to the fore. But I had been in the mood for something less fancy so decided to go for the steak offering on the menu, a seven ounce ribeye with fries and bearnaise sauce.

But I couldn’t resist adding a dash of English mustard, too, although not in the same mouthful as the sauce.

Rib-eye is not the leanest cut, but the piece I had (medium-rare) was tender and juicy and had barely a scrap of fat. Again, cherry tomatoes were featured as a garnish and the tasty fries served in a mini frying basket were beautifully cooked and clearly home made.

Mark, meanwhile, chose pan-fried sea bass, which was served with fondant potatoes, spinach leaves and asparagus veloute. As its name suggested, the sauce was velvety and a good complement to the fish, which again was a generous portion given that we were eating from a Tennerfest menu.

The spinach gave a tang to the dish, said Mark, who enjoyed the subtle sauce with the fish.

And so to dessert, and with three choices on the menu, there was one each for us to try.

Mark declared his chocolate brownie with Madagascar ice cream to be ‘melt in the mouth’, with the cool vanilla accompaniment providing the perfect counterpoint for the rich chocolate.

I had a bit of a choice crisis, torn between sticky toffee pudding and tiramisu, but after a bit of agonising I went for the latter.

This boasted a thick creamy upper layer, resting on a coffee-infused sponge that was so crammed with the drink that I was amazed it held together. I loved the feeling and taste of the coffee seeping out onto my tongue on every mouthful and it was one of the best versions of the dessert I’ve ever had.

If I’d had room I would probably have asked for a sticky toffee pudding too, since Dave opposite me was waxing lyrical about its unusually light consistency: ‘It’s deceptively light… Really, really good,’ he said as I looked on enviously.

I barely had enough room for the mint that came with the coffee, and to crown a wonderful meal Jimmy brought over small samples of the restaurant’s own sloe gin, which was a tangy treat and a lovely way to conclude our evening.

No Replies to "A FANTASTIC REVIEW FROM THE GUERNSEY PRESS"

Got something to say? Cancel reply 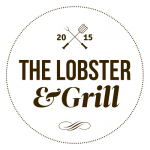